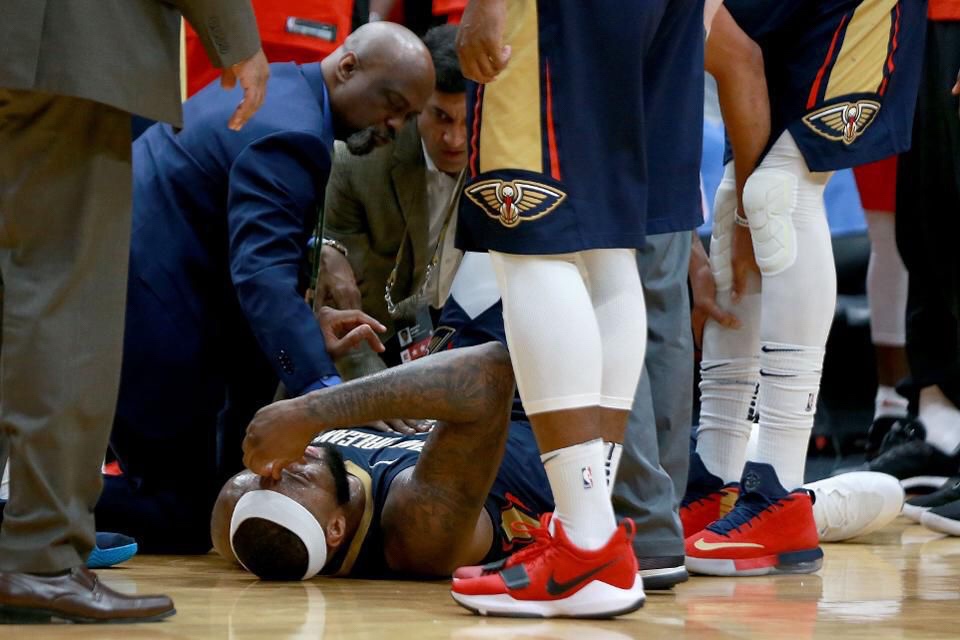 The New Orleans Pelicans playoff chances suffered a devastating blow on Friday night when power forward Demarcus Cousins ruptured his Achilles’ tendon. Cousins was having a career year and was primed to cash in this summer in free agency.

If Cousins was on your roster, replacing his production in your line up is virtually impossible. However, there are still players available on the waiver wire that could play either power forward or center that can at least fill the void.

Here are five players to consider picking up once you drop Cousins.

1. Trey Lyles, PF, Nuggets: Lyles is averaging 10.8 points per game and 5.1 rebounds per game. He is having a solid year for the Nuggets and offers cross category production. Lyles is worth considering for now but you also might want to keep an eye on Paul Milsap who is scheduled to return from a wrist injury after the all-star break.

2. Larry Nance Jr, PF, Lakers: Nance averages 8.9 points per game, 6.8 rebounds per game and 1.4 blocks per contest. He is solid across the board in all categories. Nance starts for the Lakers and might be a better long term option than Lyles who will have to keep Milsap at bay when he returns.

3. Kyle Anderson, PF, Spurs: Anderson along with Dejonte Murray are spearheading the youth movement in San Antonio. Anderson has his moments where he scores in bunches but just like the other forwards on this list, his value derives from the fact that he rebounds the basketball and can pass out of the paint effectively.

4. E’Twaun Moore, SG, Pelicans:If you choose to replace Cousins with a shooting guard or a small forward, you shoulder consider adding Moore. Moore has had a solid season and with Cousins out, he will have to shoulder more of the load offensively. Moore will play more minutes and get more touches. If he is available, add him to your roster.

5. Michael Beasley, SF/PF, Knicks: Beasley is averaging 12.8 fantasy points per game in standard scoring. He has developed into a solid scorer and contributor on a Knicks team that lacks scoring options. Beasley might just be the versatile scorer you need to replace some Boogie’s production.